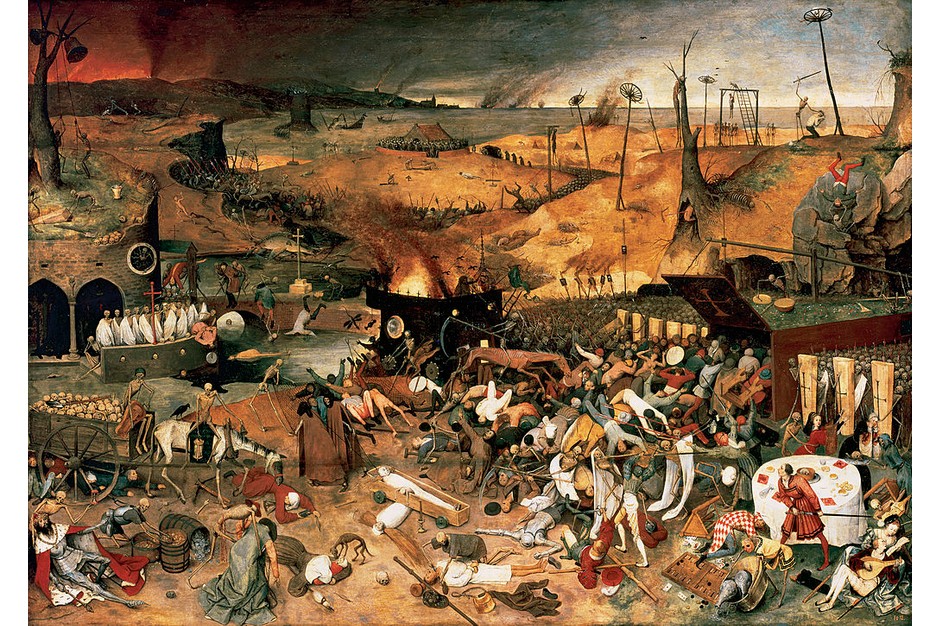 The last two years have been a bit rough. I often think about how the world has changed and that life is not quite as simple as once was.

And this week I’m more than slightly cranky because COVID is ripping through Australian primary schools and my son is one of the kids infected. They’ve only been back a week and a half. So he and I (currently negative) are in quarantine while Other Half and Miss 9 are down the other end of the house, trying to stay as far away from us as possible. It’s not a lot of fun, but thankfully he’s not too unwell.

But for all my annoyance at various plans, schemes and policies things really could be a lot worse. And in the past they certainly have been.

Take 1347 or 1490, when infectious diseases started tearing through vulnerable populations worldwide. Or the famines of the 1330s and 1590s. Or even 1816, the year without a summer.

But the one year that historians and scientists agree was the worst ever is 536.

A volcanic eruption, or possibly more than one, somewhere in the northern hemisphere seems to have been the trigger.

The eruption precipitated a decade-long ‘volcanic winter‘, in which China suffered summer snows and average temperatures in Europe dropped by 2.5℃. Crops failed. People starved. Then they took up arms against each other.

In 541 bubonic plague arrived in Egypt and killed around a third of the population of the Byzantine empire.

Increased ocean ice cover (a feedback effect of volcanic winter) and a deep solar minimum (the regular period featuring the least solar activity in the Sun’s 11-year solar cycle) in the 600s ensured that global cooling continued for more than century.

Many of the societies living in 530 simply could not survive the upheavals of the decades that followed.

But how do they know?

To quote Danny Hoyland’s late Mum: how do they know? It was a very, very long time ago and there aren’t very many written records.

Understanding events such as those of 536 is being achieved through techniques such as dendroclimatology (another absolute dating method, not a million miles away from dendrochronology) and analysis of ice cores.

Both techniques show evidence of events such as volcanic eruptions and climate change. Working with historians, new histories of such long-gone time periods can be written in completely different ways.

So things might be a bit rough now, but as the saying goes: it could always be worse.

Original article: Volcanoes, plague, famine and endless winter: Welcome to 536, what historians and scientists believe was the ‘worst year to be alive’