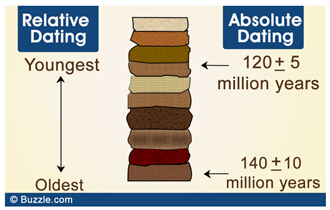 Danny Hoyland and I have been talking on the radio together for 15 years, give or take. And more than once he has mentioned that his Mum always asked how scientists know how old things like fossils are. I’ve been meaning to do this show for a very long time, and I’m hoping late is better than never.

Archaeologists and geologists like to know how old certain things like rocks, pottery and bones are. By estimating their age and origins, it helps them understand how they fit into broader contexts.

There are two broad categories of dating: relative and absolute (note: relative dating does not involve hooking up with your cousin).

These methods estimate whether an object is older or younger than the things found alongside it but doesn’t offer specific dates. This can be achieved through:

These methods are more specific, and provide age ranges in years:

Most people would be familiar with radiometric, or radiocarbon dating. This uses the process of radioactive decay – some elements break down over time at a constant rate and form isotopes.

For example, uranium-238 breaks down to lead-206. This decay happens at a constant rate and knowing the rates of decay means you can measure the proportions of different isotopes to measure their age.

I talked about this with Danny Hoyland on West Bremer Radio on 8 January 2022 (but I took a break and then got really busy, so I’m late once again). Listen each week: Saturday 7.40 am, West Bremer Radio.

One thought on “But how do they know how old things are?”