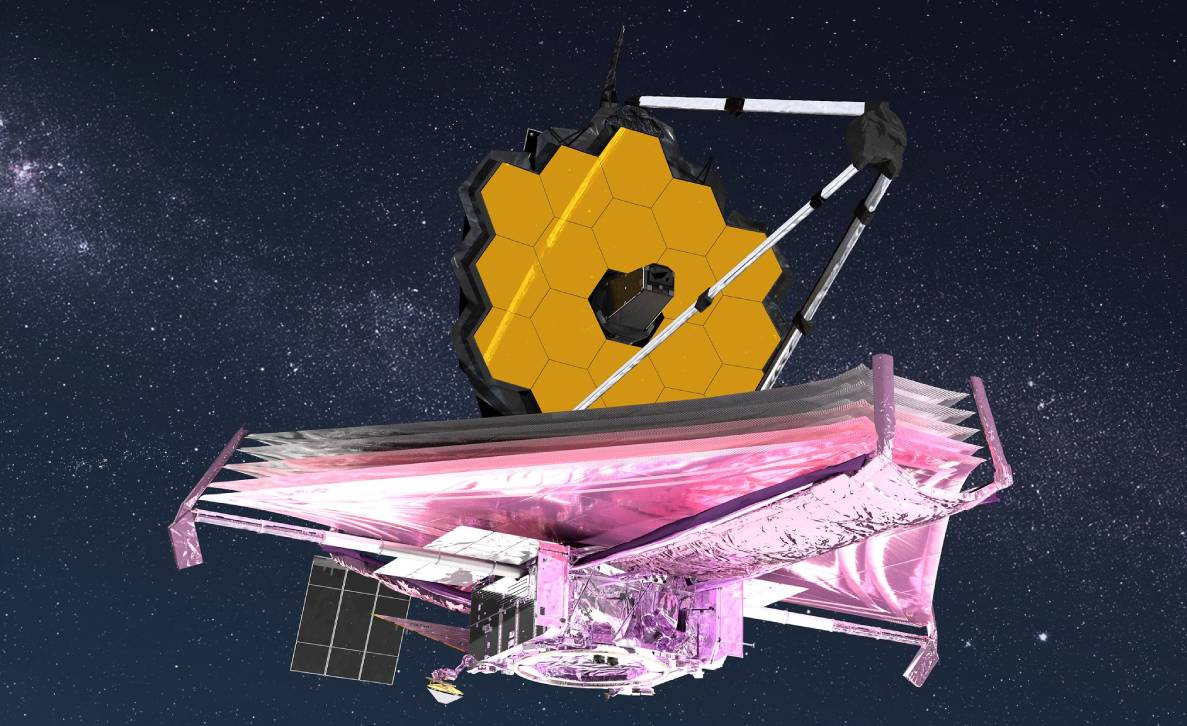 The James Webb Space Telescope is an infrared space observatory and NASA’s largest and most powerful.

It cost US$10 billion and launched on 25 December 2021. Since then it has travelled 1.5 million km and has stopped at the the second Lagrange point (L2) – a spot in space near Earth that lies opposite from the sun; this orbit will allow the telescope to stay in line with Earth as it orbits the sun and takes minimal fuel to maintain.

According to NASA, Webb will focus on four main areas: first light in the universe, assembly of galaxies in the early universe, birth of stars and protoplanetary systems, and planets (including the origins of life).

Webb has four science instruments that will enable observations in visible, near-infrared and mid-infrared wavelengths to examine the history of the universe from the Big Bang to alien planet formation and beyond.

Since parking in its final orbit, it has deployed its sunshield and 18-mirror array but won’t be fully commissioned for another five or so months.

NASA expects good images to start arriving around June, but some might be available earlier.

One thought on “How to park a space telescope”