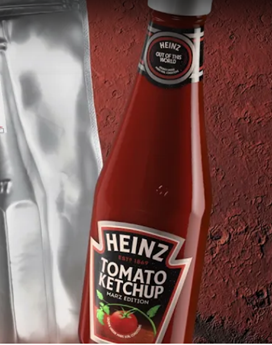 (Yes, I know it should be ketchup but I’m Australian. We say sauce.)

In a world (and universe) first, Heinz has teamed up with Florida Tech’s Aldrin Space Institute to grow tomatoes in Martian soil conditions and turn it into ketchup.

Heinz ‘Marz’ ketchup, a limited edition (not for sale) condiment, wasn’t imported from our neighboring planet. Rather, astrobiologists grew tomatoes on Earth in conditions that resemble the harsh environment on Mars.

To simulate Mars-like conditions, the team chemically altered Earth-based soil from the Mojave desert to mimic that of Mars, and grew the tomatoes under the same temperature and water conditions found on the surface of the planet. By using artificial light sources, fertilising the soil and leaching toxins out of the soil, scientists made the dirt hospitable for tomatoes.

While this means tomatoes could grow on Mars, it also suggests they can grow in harsh parts of Earth.