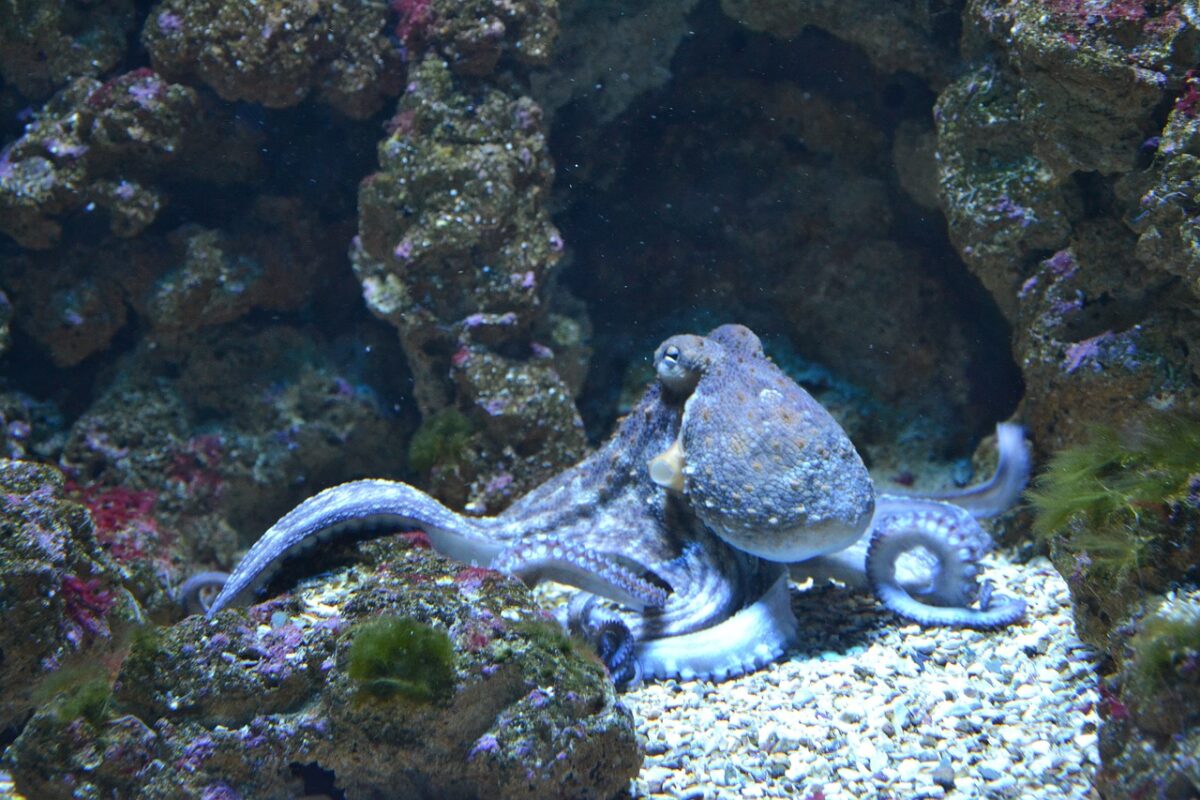 Octopuses are cool. And I mean really cool.

In addition to their central brain, they have one in each arm. That’s nine in total. They have as many neurons as a dog, two-thirds of which are in their arms. They can solve puzzles, get in and out of containers and use tools. They can recognise people (and even decide they don’t like them). Their camouflage is second to none.

Back in January, I talked about some octopuses randomly punching fish, but it also appears that that can throw things at one another, especially when irritated.

Peter Godfrey-Smith from the University of Sydney filmed several common Sydney octopuses near Jervis Bay and saw the standard things you would expect: fights, mating and the like. But they also saw octopuses holding silt, algae or shells in the tentacles and shooting a jet of water at them to make them travel.

They were throwing things, and often they landed on other octopuses.

It appeared that female octopuses were the ones doing most of the throwing, especially at males who were trying to mate with them. If the female wasn’t happy about it, she let him know.

It seems that there isn’t any retaliation though. Instead it seems that the males can throw a shell in a random direction and change colour. They might be venting their frustration.

Original story: Female octopuses throw things at males that are harassing them