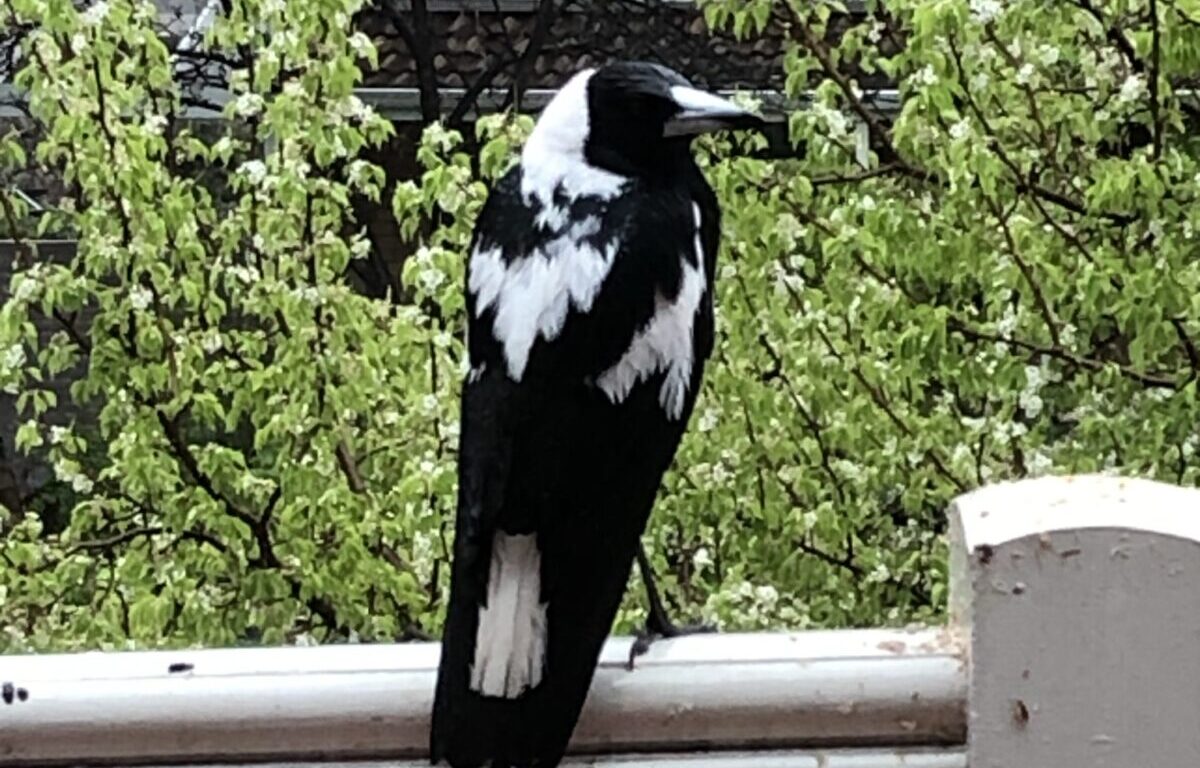 Spring has sprung and most Australians would associate that with the start of magpie swooping season (and hayfever, but that could just be me).

Now, tragic accidents do happen but they are rare. Most of the time we can live peaceably with the singing black and white birds with sharp beaks, and they are just the name of various football teams.

However, when some male magpies think there’s a threat to their chicks, they will defend them. And that means swooping.

Now, despite how it feels swooping males are actually rare. The vast majority of them don’t do it.

If you come across one, there are a few things you can do. Birdlife Australia has a great list, ranging from just avoiding the area to carrying an umbrella and even reporting the bird in extreme circumstances.

But for those in your backyard, you can form a good relationship (even friendship) with them. Magpies are extremely good at remembering faces and if they recognise you as someone who is not a threat, there should be no reason to attack you during the nesting season.

We have a family of four in our garden: Mum, Dad, Junior (who we now think it a girl, so we call her Juni) and Timid (who actually isn’t in any way). They were here when we arrived in January and were already pretty friendly, but we’ve been careful to be calm and quiet and gentle when they are around. We even fed them a little as well as the parrots.

They disappeared over winter so it’s hard to know if our strategy has paid off, but it worked when we lived in Melbourne, so I feel pretty confident.

Update! It appears this new magpie (we are calling him Big Boy) is a permanent fixture now. He’s happy to hang out in our garden while I rip out agapanthus then dig for worms in the freshly-turned-over soil.

And Master 10 has been swooped by five magpies whilst riding his bike – two at once on one occasion, which I’ve never seen before – and is now terrified of going outside.