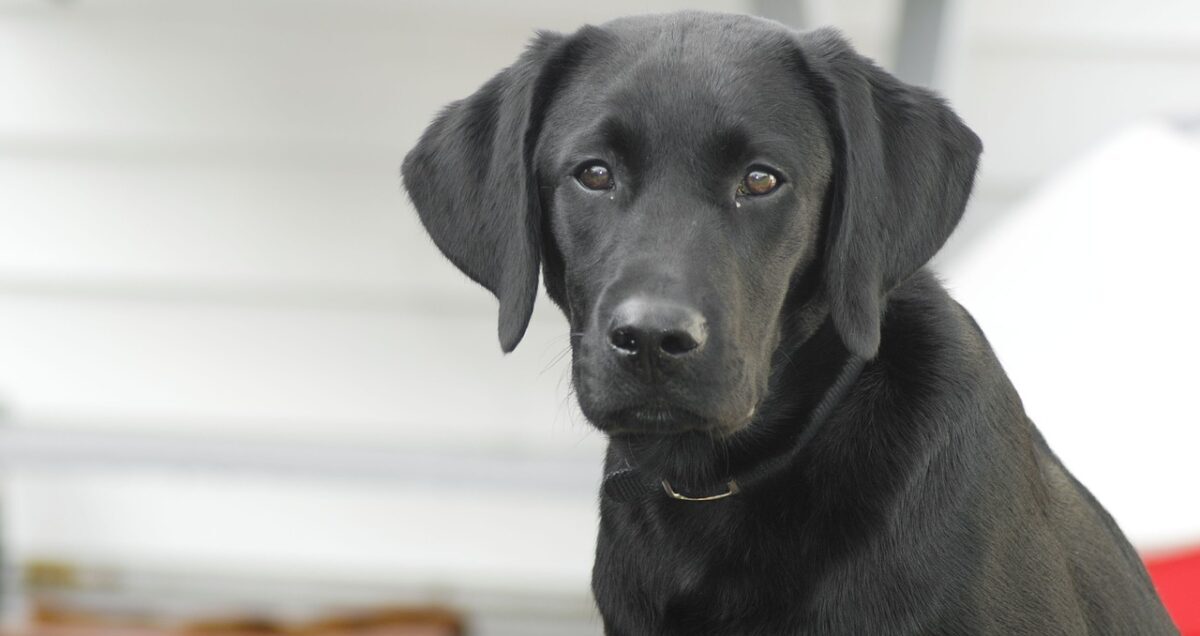 We don’t have a dog, but if we did I’m pretty sure it would be a black Labrador. Other Half’s family bred them many years ago, so there is a degree of bias in there, but they are simply lovely dogs.

The yellow colour in dogs’ coats is controlled by the agouti-signalling protein (ASIP) gene, and in combination with a black protein, gives rise to every type of coat.

Professor Danika Bannasch and her colleagues investigated the dominant yellow colouring and found that it has been around since long before dogs were domesticated 30,000 years ago.

Studying the genetics of ancient wolves and dogs, they confirmed the genes responsible were about two million years old and couldn’t have been inherited from modern grey wolves.

Instead, it seems the yellow pattern probably came from an extinct canid (the group that includes the wolves, jackals, foxes, coyote and domestic dogs) that diverged from grey wolves more than 2 million years ago.

So dogs might have been with humans for thousands of years, but the colours they wear are even older than that.