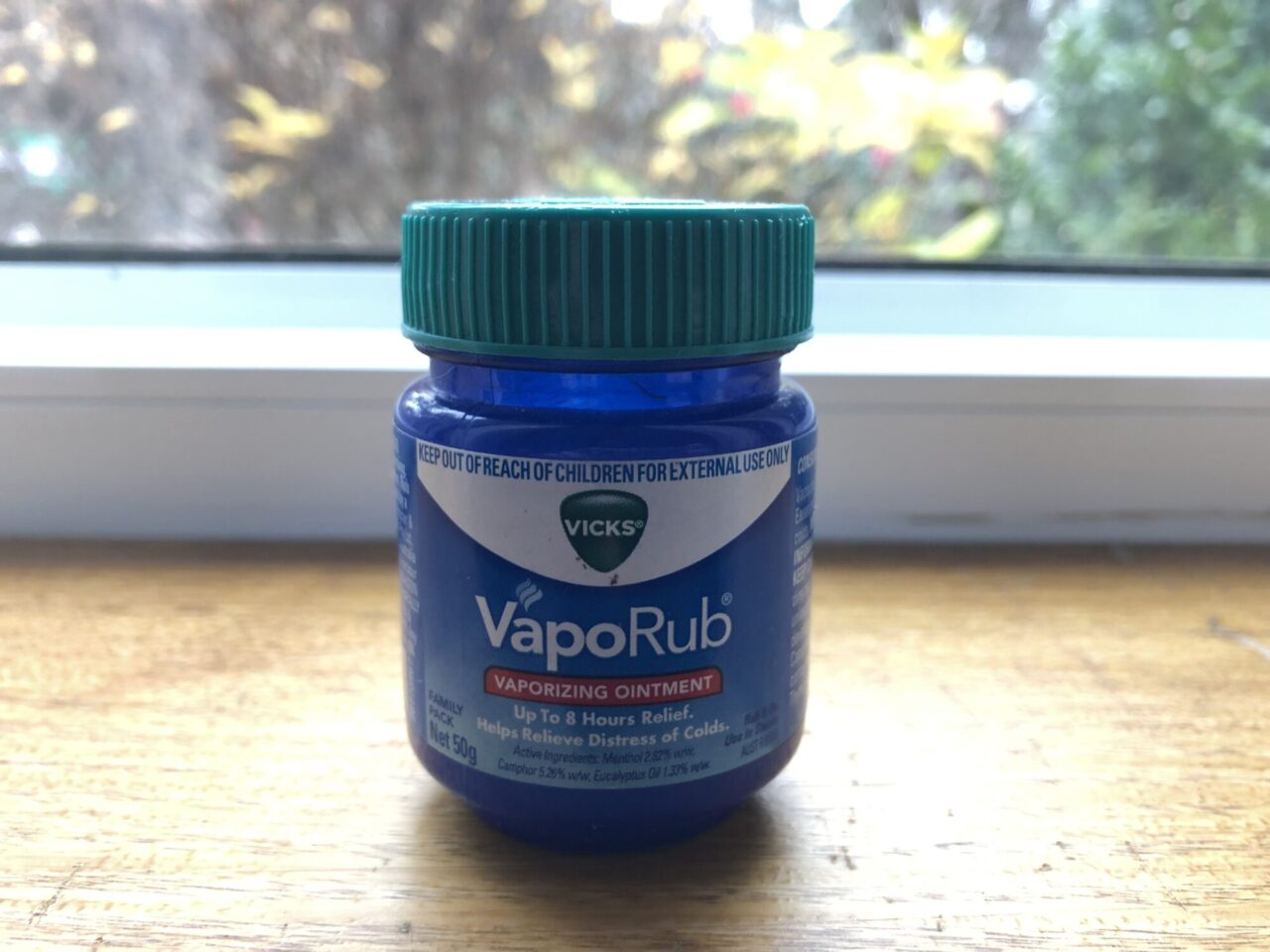 Our son had a cold this week (not anything else, we checked. Twice) and it’s been so long he and I had forgotten what it was like. But he remembered that Vicks VapoRub helped him breathe, so he slathered himself in it; one night as we checked on him before we went to bed, it was so thick in his bedroom we could hardly breathe.

It was then that Other Half told me about an article he’d read saying that the way it works is by tricking our brains.

I’ll confess I didn’t believe him. But I checked and it seems he’s right.

The makers of VapoRub (Procter & Gamble) list camphor, menthol and eucalyptus oil as its active ingredients in addition to range of other oils, thymol and petroleum.

Despite what it seems, VapoRub isn’t a decongestant. Rather, its strong vapours create a cooling sensation in your nasal passages that trigger receptors in your brain to feel that you’re breathing more openly.

Some people swear it helps with a range of other ailments, including easing coughs (Danny Hoyland being one), healing rough skin and treating toenail fungus (!).

There’s also a slight placebo effect that can help make you feel better. Most of us would probably remember that smell from our childhood – I certainly associate it with my late mother and being cared for when I was sick (so did Danny. I mentioned it to Eldest and simply said that made no sense. He’s probably right. But he’s 10).

I remember reading when my kids were little that putting Vicks on their feet would help with colds. At the time I thought this was ridiculous because there was no way the menthol would do anything from that far away (and certainly not in socks and sleeping bags) so I never tried it. However, it can help sooth sore muscles – but that’s not likely to be an issue for small children. So you can probably skip that one.

Speaking of children, some warnings:

Also, don’t put it under your nose. Yes, you get the effects more quickly but camphor is toxic and can damage the cornea and be absorbed through the mucous membranes of your nose.

So providing you use Vicks properly (on your throat and chest) it’s useful and can make a real difference when you can’t breathe. Even if you are being tricked into it.