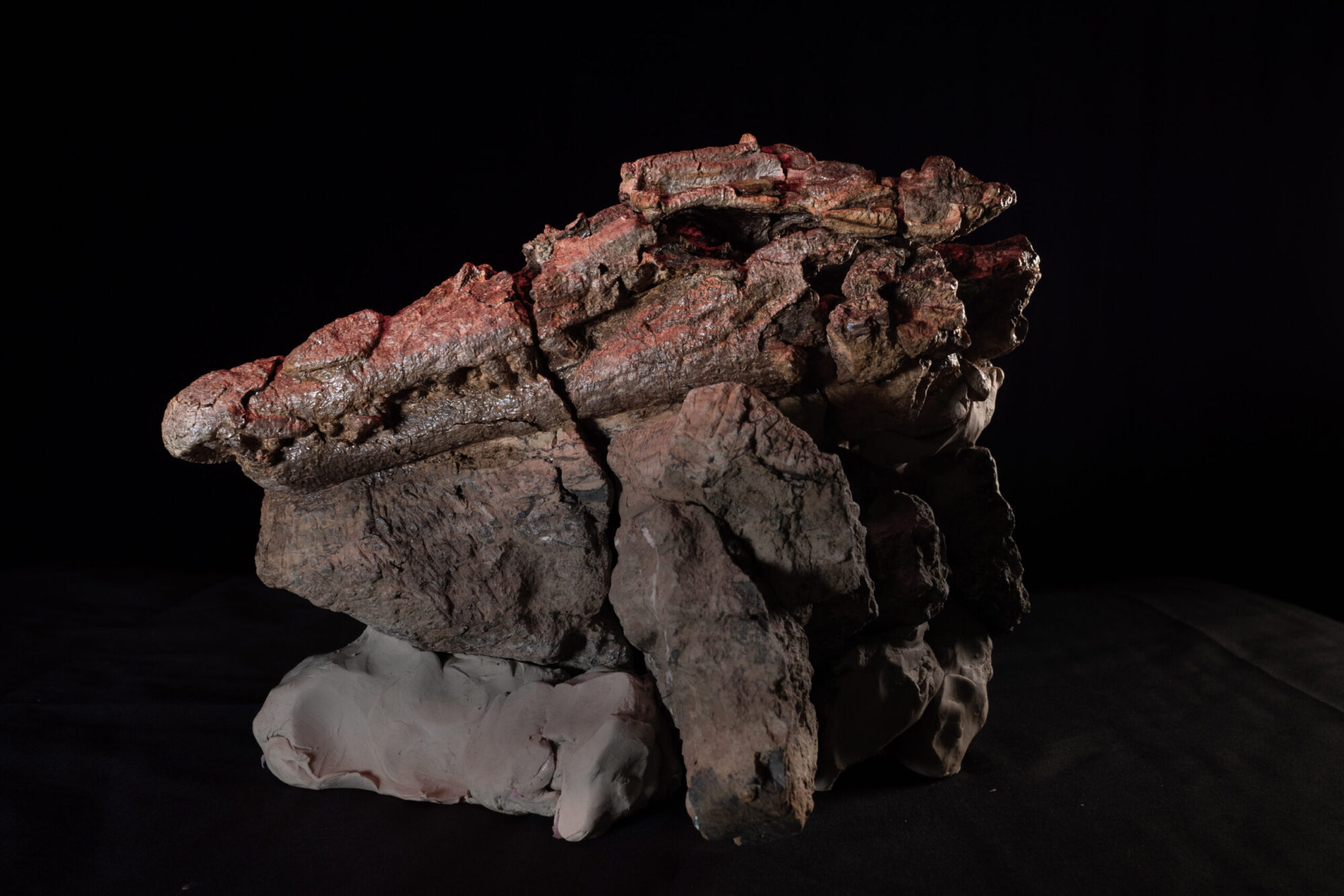 Around 95 million years ago, in what is now Winton in Queensland, a crocodile ate its last meal: a baby ornithopod dinosaur.

Shortly afterwards, the crocodile itself died and they were both were encased in rock and fossilised until their remains were discovered in 2010. It has taken brand new technology to analyse and interpret the fossils and this is the first time that a crocodile has been discovered with dinosaur remains in its stomach.

The baby dinosaur was a young ornithopod — a mostly bipedal herbivore group that includes duck-billed dinosaurs. These are the first bones of an ornithopod to be found in this part of Australia, and the animal may be a previously unknown species.

The crocodile is new to science too. Although its tail, hind limbs and much of its pelvis were missing, its skull and many bones from the rest of its body were intact. It measured over 2.5 metres long when it died and would likely have grown even more massive had it lived. It’s been called Confractosuchus sauroktonos , which means broken dinosaur killer.

‘Dinosaur-killer’ came from the fossil’s gut contents, while ‘broken’ refers to the stony matrix surrounding the fossil, which shattered during excavation in 2010 and revealed smaller bones inside the crocodile’s abdomen.

Confractosuchus sauroktonos is the second crocodile to be named from the Winton formation but the ornithopod is the first skeletal remains of an ornithopod reported from this area. It’s also the first evidence of crocodile/dinosaur predation in Australia.