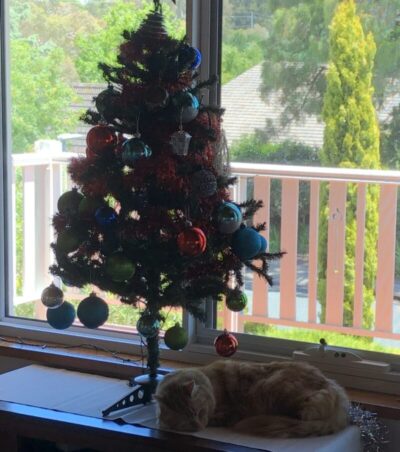 It’s that time of year again, and it seems to have rolled around particularly fast this year (at least for me). So merry happy celebration of your choice!

We were late sourcing a tree this year so ended up borrowing one from friends, which made me wonder: which is best, plastic or real?

In short, it’s a close-run thing. Most plastic trees are made from polyvinyl chloride (PVC) and that’s one of the worst, most environmentally-damaging plastics out there. It can’t be easily recycled and the carbon footprint associated with getting it out of China and to your door is enormous.

But surely cutting down a living tree is bad too?

Well yes, but the associated carbon capture before it’s cut down is substantial, and they also provide habitat for critters while they grow. And when one is cut down, up to three are planted in its place.

There’s more to it, but the bottom line is that real trees narrowly edge out fake ones, but it’s best to get your tree as close to home as possible and make sure you shred it instead of sending to landfill or burning it once the season is over.

And if you do have a fake one, make sure you use it over and over, until the fronds drop off and you’re left with twigs.

Original story: Are Real Or Fake Christmas Trees Better For The Environment?

I talked about this with Danny Hoyland on West Bremer Radio on 25 December (but I took a break and then got really busy, so what’s month late?). Listen each week: Saturday 7.40 am, West Bremer Radio.