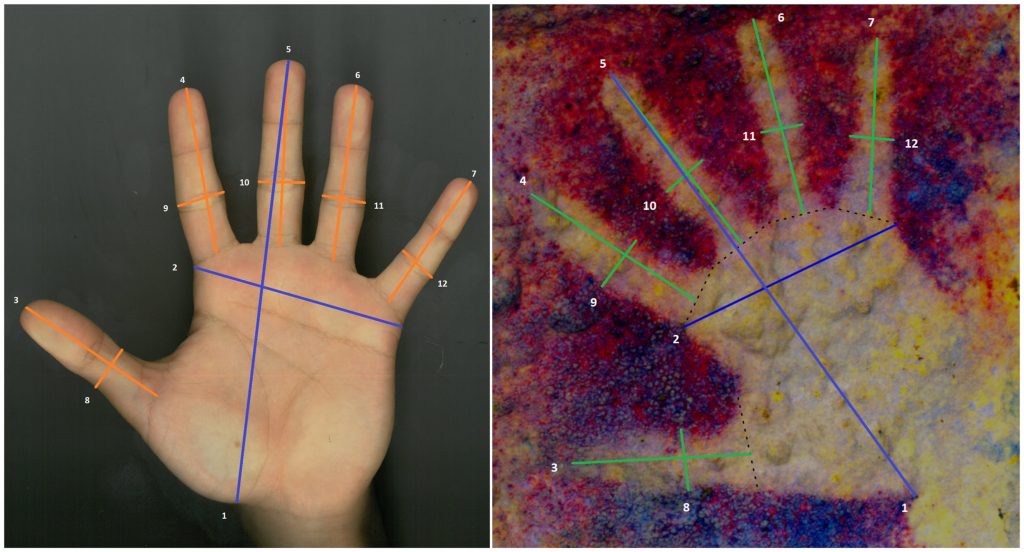 For a long time, the prevailing thought on prehistoric cave art was made by men, gathered for special rituals.

A recent study has turned that on its head. It’s more likely that the handprints were created by and with small children.

Now, I have two kids (Eldest and Miss 10) and this does not surprise me at all. I spent a lot of time at home with them when they were tiny and avoided TV as much as I could. I clearly remember being desperate to find something to do with them at 3pm. What did we do? Art of course, and it often involved finger painting.

These prehistoric images would have been made by blowing pigments through a hollow reed or bone onto hands placed against the cave wall. This process that would have made the outlines slightly larger than the hands themselves.

Accounting for that difference, the researchers found that up 25 per cent of the hand marks were not large enough to belong to adults or teenagers. They guessed that they came from children between two and 12 years of age, with the majority of those likely made by three to 10-year-olds.

Because the smaller children would not have been able to blow the pigment hard enough to create the markings, we can safely assume that their parents or other adults were helping them.

It isn’t known why these handprints are on the cave walls. It could have been very culturally significant and there could be huge symbolism.

It sounds flippant, but I’m willing to believe that kids haven’t changed their fundamental nature in 20,000 years. Tired parents worked just to keep them entertained.

Source: A Study of Prehistoric Painting Has Come to a Startling Conclusion: Many Ancient Artists Were Tiny Children