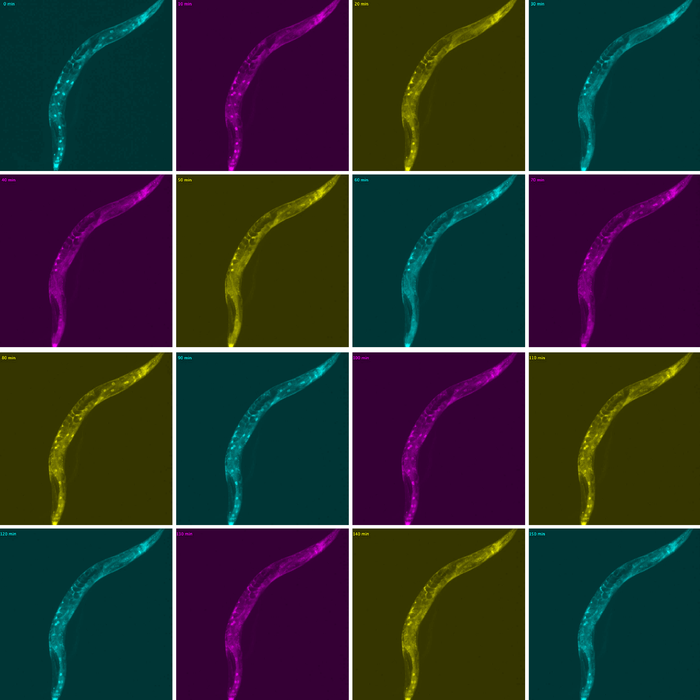 Do you get cranky when you’re hungry? Have you ever been on the receiving end of someone being cranky when they’re hungry? I can certainly think of more than a few times that Other Half neglected to include dinner in our plans for a Friday night. Or when I was pregnant (tip: never starve a pregnant woman. It’s not pretty).

Then you’ve experienced hangry: being simultaneously hungry and angry.

Scientists have known about the broad causes for a while. It’s to do with falling blood glucose levels, adrenaline production, hormones and your genes (this is a really great summary) as well as a complex interplay between your feeling of hunger, awareness of your feelings and what’s going on around you.

But now there’s more information about the molecular basis of why we act irrationally when we’ve left lunch too long.

They separated the worms from a food source with a wall of worm repellent: copper sulfate. Any worm that tried to cross the barrier would suffer, but really hungry worms were more likely to cross the line than those who were well-fed.

They also found that when MML-1 and HLH-30 are on the move, a protein called insulin-like peptide INS-31 is secreted from the gut. This protein binds to neurons in the brain, relaying hunger information and driving the risky food-seeking behaviour.

In a follow-up experiment, the researchers deleted the transcription factors, and found the hungry worms stopped trying to cross the toxic barrier. This suggests that MML-1 and HLH-30 have a central role in how hunger changes behaviour.

So it appears that when the worms are hungry, their intestines sense the lack of food and report it to the brain. It appears that these transcription factor movements guide the animal into making risk-reward decisions, like traversing an unpleasant barrier to get to food.

It’s not yet clear whether the same might be true in humans, but C. elegans is a model organism for a range of diseases and processes, so it’s likely a similar mechanism may also occur in us.

After all, everyone’s got to eat.