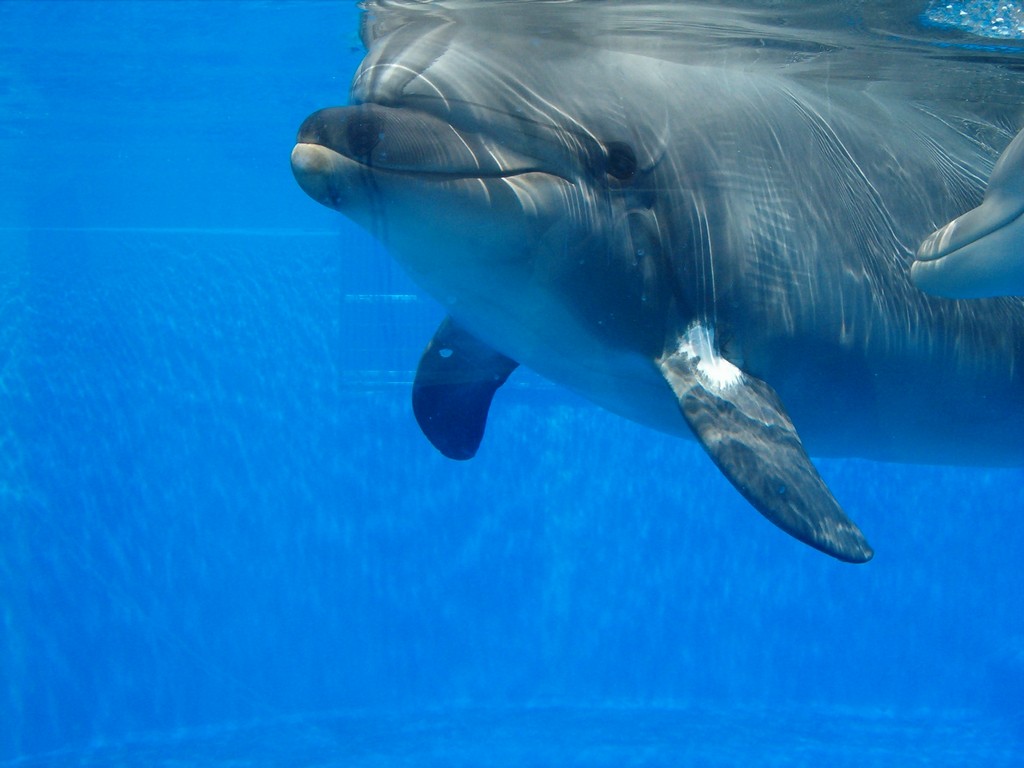 Dolphins and porpoises are both cetaceans but they speak different languages. However, a wild dolphin in Scotland has been observed ‘talking’ to porpoises in what is being called cross-species communication.

Kylie is a lone dolphin living in a restricted area within the Firth of Clyde in Scotland. She has been on her own for 14 years (no-one knows why) but is frequently known to interact with harbour porpoises.

Common dolphins usually communicate with a range of clicks, whistles, and pulse calls. While dolphins whistle almost constantly, porpoises never do. Instead, they communicate exclusively with what are called narrow-band, high-frequency (NBHF) clicks.

Analysis of Kylie’s calls and acoustic behaviour suggests she has spent so much time around porpoises that she’s started to sound like them. Her vocalisations include high-pitched click bursts associated with porpoises instead of the whistles and pulse calls more commonly seen in dolphins.

She never whistles, as other dolphins do and ‘talks’ like a porpoise even when she’s alone.

Communication between Kylie and the porpoises had a rhythm that suggests a conversation, though exactly how much information is conveyed in these chats is unclear. It is possible Kylie is mimicking the porpoises but currently there is no way of telling.

Researchers think she’s struggling to get as high-pitched as the porpoises, as the peaks on her clicks aren’t as crisp as they should be, and there are some lower-frequency sounds mixed in with the high notes.

Source article: Dolphin Recorded Speaking “Porpoise” For The First Time and I beg your pardon? Acoustic behaviour of a wild solitary common dolphin who interacts with harbour porpoises.

One thought on “Wild dolphin ‘talks’ to porpoises”