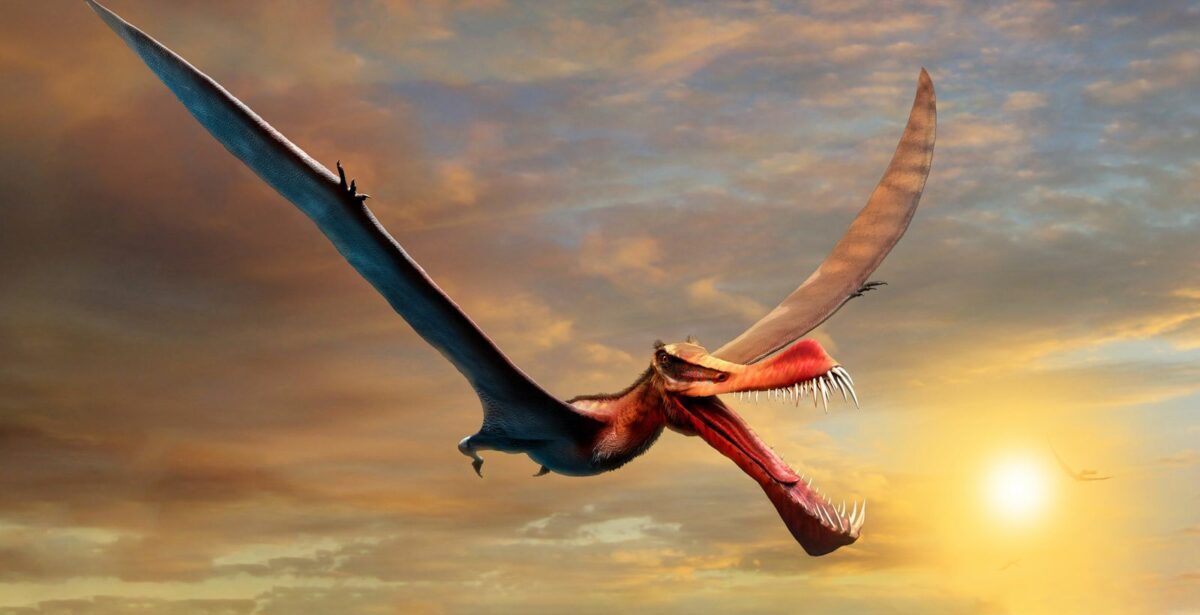 As I’ve said before, I love a good prehistory story and especially one that relates to Queensland as I am talking with Danny Hoyland at West Bremer Radio.

We talked a while ago about the discovery of Australotitan, but now Australia has a new pterosaur: Thapunngaka shawi. This was “a fearsome beast, with a spear-like mouth and a wingspan around seven metres,” according to Tim Richard at the University of Queensland’s Dinosaur Lab.

Discovered in western Queensland, the creature’s fossilised skull was a metre long and filled with 40 teeth to grab fish out of the Eromanga Sea around 100 million years ago.

Pterosaurs are a rare find as their bones were thin-walled and relatively hollow.

Perhaps the thing I love about this the most is that the name reflects not only the discoverer of the fossil, but also the First Nations people of the Richmond area where it was found.

Original story: Flying reptile discovered in Queensland was ‘closest thing we have to real life dragon’